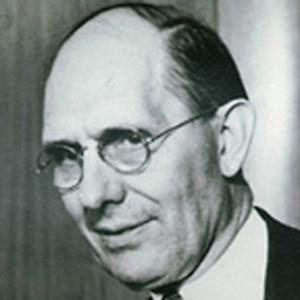 Founder of the Delco automotive electronics company and the head of research at General Motors. He gave cars the first electrical starter and leaded gas.

He graduated from The Ohio State University in 1904, and he joined the National Cash Register Company, supervising the development of the electrically operated cash register.

He worked at DuPont Chemical Company to create freon gas for refrigeration, an electrical generator, and the first aerial torpedo, the precursor to guided missiles.

He was born in Loudonville, Ohio, the fourth of five children of Jacob Kettering and Martha Hunter Kettering.

He and Ransom Olds pioneered early-century automobiles, taking them to the mass consumer.

Charles F. Kettering Is A Member Of