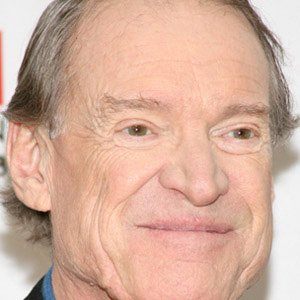 Actor who was nominated for an Emmy Award in 1990 for his performance as anchorman Jim Dial on the series Murphy Brown, and starred in the original Broadway cast of Stephen Sondheim's Sunday in the Park with George.

He was born in St. Paul, Minnesota. He graduated from Indiana University Bloomington, where he studied theater and drama, in 1958.

In 1971, he was nominated for a Tony Award for Featured Actor in a Musical for his performance in the Stephen Sondheim musical Company. In 2012, he performed in the Roundabout Theater Company's Broadway revival of the play Harvey.

He married actress and Company co-star Beth Howland in 2002.

He starred in the Broadway musical Company with Beth Howland.

Charles Kimbrough Is A Member Of