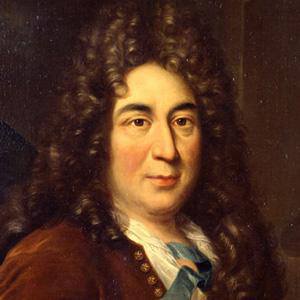 French author who wrote the classic fairy tales Cinderella and Sleeping Beauty. He is best known for his 1697 work, Tales of Mother Goose.

He studied law in school and went on to serve in the government, like his brother and father. He became a member of the prestigious Academie Francaise in 1671.

Many of his stories were rewritten by the Brothers Grimm.

He married Marie Guichon in 1672. His brother, Claude, was a doctor who dabbled in architecture.

One of his most recognized fairy tales is Le Chat Bott, or Puss in Boots, to which actor Antonio Banderas lent his voice in the 2011 animated Disney film Puss in Boots.

Charles Perrault Is A Member Of