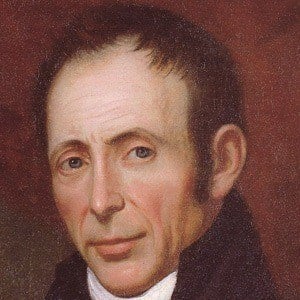 Federalist politician who served twice as Governor of Delaware, and in the Delaware General Assembly.

He studied Law before owning the Knife and Fork Tavern in Delaware.

He was made Commissioner-Judge of the Delaware Supreme Court in 1857.

He was married to Mary Elizabeth Purnell, and they had nine children together.

Charles Polk Is A Member Of