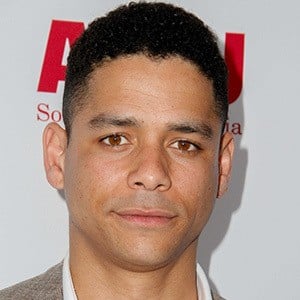 Cast member of the NBC drama series Chicago Fire in the role of Peter Mills who also portrayed Alan Zaveri in Russian Doll and Gabe in You. His most notable film role was in The Stand-In.

He was raised on a sailboat in Florida until he was seven. He discovered theater at the age of six and participated in operas and musicals. He participated in the Carnegie Mellon Musical Theater Summer Program and is a graduate of The Juilliard School.

He was featured in the Orange Is the New Black episode "The Reverse Midas Touch."

He and his sister were adopted. His adoptive mother is Swedish and from Utah while his adoptive father was a boat builder from Minnesota.

He starred opposite Natasha Lyonne in Russian Doll.