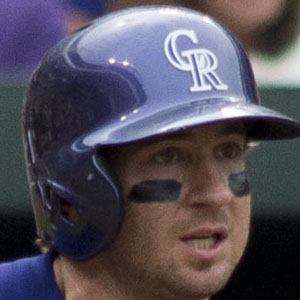 Major league outfielder who was selected by the Colorado Rockies in the second round of the 2008 MLB Draft.

He played baseball at Georgia Tech on scholarship.

He played alongside Michael Cuddyer on the Rockies in 2013, the year Cuddyer was selected to his first NL All-Star team.

Charlie Blackmon Is A Member Of