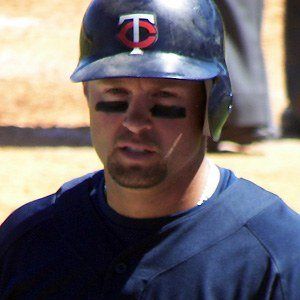 2-time MLB All-Star outfielder who began his career with the Minnesota Twins in 2001.

He was Virginia's Player of the Year in 1997, excelling in basketball, baseball and football at Great Bridge High School.

In May, 2009, he hit for the cycle, and in a game almost exactly three months later, he hit two home runs in the same inning.

He had a son and twin girls with his wife Claudia Rente.

He belongs to a select group of hitters, including Mark McGwire and Adrian Beltre, who hit two home runs in the same inning.

Michael Cuddyer Is A Member Of