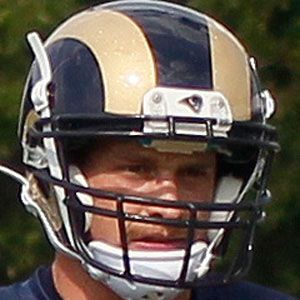 NFL running back who fought to earn a third string role on the St. Louis Rams after going undrafted in 2011. He set a single-season touchdown record with 24 his senior season at Montana.

He helped Drummond High School earn a 35-0 record while breaking records for rushing yards and touchdowns.

He was named to consecutive First-team All-Big Sky selections in 2009 and 2010 at the University of Montana.

He married Kila Reynolds in 2011. He has a son named Talen and a daughter named Peyton.

He played as a third string running back behind Zac Stacy on the Rams during the 2013 season.

Chase Reynolds Is A Member Of