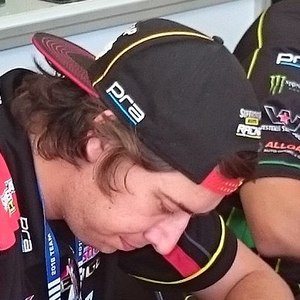 Professional motor racing driver who is known for having won the 2010 Australia Formula Ford Championship. He finished that year with the record for most race wins in one season. In 2014, he won the Supercheap Auto Bathurst 1000.

He progressed into the Formula Ford racing series in 2008. That year, he finished 11th in the Australia Formula Ford Championship.

In 2010, he progressed into the world of V8 Supercar racing. He was signed in 2011 to Ford Performance Racing, where he performed well for the team into 2012. One of his highest finishes came in 2012 at the V8 Dunlop Supercar series, where he placed 3rd. 2012 also saw him be awarded an honorary commission into the Royal Australian Navy as a Lieutenant.

He was born in Melbourne, Australia to parents Eddie and Debra Mostert.

He shares his hometown of Melbourne, Australia with actor Eric Bana.

Chaz Mostert Is A Member Of