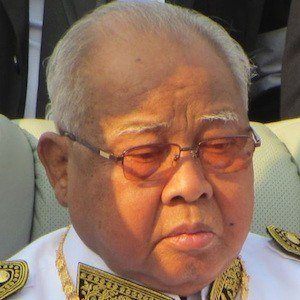 He was raised in Romeas Haek, Cambodia and he joined the Cambodian People's Party.

He was president of the National Assembly of Cambodia from 1981 to 1998.

He was married to Nhem Soeum.

He was born in the same country as former Cambodian king Norodom Shinanouk.

Chea Sim Is A Member Of