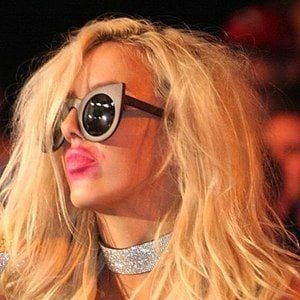 Professional wrestler widely known by her ring name Jaida, she rose to fame competing on the reality series WWE Tough Enough VI. In 2015, she took the championship title at the ASW Girls Gone Wrestling competition.

She grew up watching wrestling as a child. Her wrestling career began when she began taking classes from Lance Storm's wrestling school.

She has grown incredibly popular on social media with more than 550,000 followers on Instagram.

She was born in Victoria, British Colombia. She later lived in Calgary. She started dating Zack Ryder in April 2017.

She appeared on Raw as the physical therapist of fellow wrestler Daniel Bryan.

Chelsea Green Is A Member Of