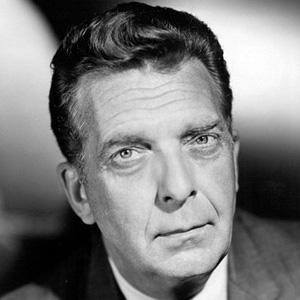 Newscaster and co-anchor of The Huntley-Brinkley Report on NBC. Also an author, he published a 1968 memoir entitled The Generous Years: Remembrances of a Frontier Boyhood.

He attended three different colleges: Montana State University, Cornish College of the Arts, and the University of Washington.

Early in his career, he worked for Seattle, Washington's KIRO AM radio station.

He married Ingrid Rolin on February 23, 1936; the couple divorced in 1959, and he married Tippy Stringer that same year.

The NBC network initially hired Huntley in an attempt to overshadow the popularity of CBS host Walter Cronkite.

Chet Huntley Is A Member Of