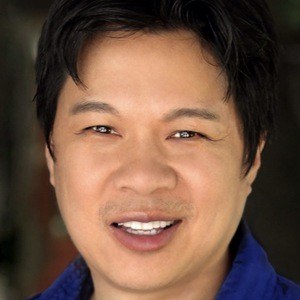 1999 Grand Jury Award winner for his film Catfish in Black Bean Sauce, which he wrote, directed, and produced. He is best known for his role as Wago Chang in the mini-series Vanishing Son.

To get his acting career started, he attended everything from Philadelphia High School for the Creative and Performing Arts to Governor's School of the Arts, and finally was offered a full scholarship to the American Conservatory Theater.

He had a large role in the 1997 film The Relic and a smaller role in Kindergarten Cop.

When he was only two years-old, he and his family fled to the United States, three years after the Fall of Saigon.

He made a guest appearance in the Michael J. Fox starring sitcom Spin City.

Chi Muoi Lo Is A Member Of