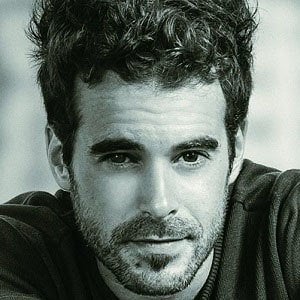 Award winning Argentine actor and TV host who is also known for his public exploits and love life. His role in the 1995 stage play Algo en común earned him an ACE Award and an Estrella de Mar Award for Best New Actor.

He was introduced to an advertising agency by Argentine actor Facundo Espinosa, who was his classmate. He dropped out of high school to pursue acting.

He was nominated for five Martin Fierro Awards from 2000 to 2011 for his roles in Vulnerables, Son amores, Sin código and Botineras.

He is the second of two children born to Cristina, a school care taker, and Norberto, a taxi driver. He has been romantically linked to many famous Argentine actresses, such as Celeste Cid, Soledad Fandino, and Eugenia Tobal, whom he married in 2011, and divorced a year later. In 2013, he welcomed a daughter, Rufina, with Argentine actress China Suárez.

He co-stars with Calu Rivero on the telenovela Mis amigos de siempre.

Nicolás Cabré Is A Member Of