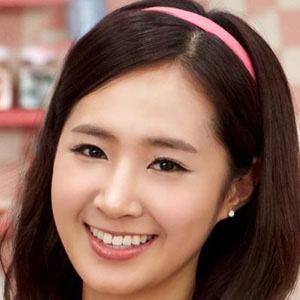 K-Pop singer and model, best known for being one of the nine members of Girls' Generation, the group known for songs like "Into the New World" and "Run Devil Run." Alongside her in Girls' Generation are Taeyeon, Yoona, Tiffany, Sunny, Seohyun, Hyoyeon, Sooyoung and Jessica.

She was signed to Sm Entertainment in 2001 at age eleven. She has attended Chung-Ang University.

She has had television hosting experience on Show! Music Core and at the 2011 Seoul Music Awards.

Kwon Yuri Is A Member Of