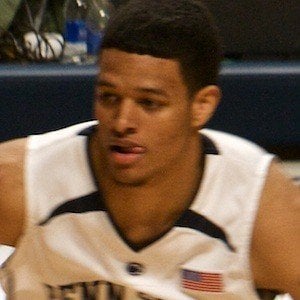 Shooting guard known for his defensive play who bounced around the NBA D-League after going undrafted in 2013. He briefly played in the NBA with the Boston Celtics in 2014, but eventually joined the German team ratiopharm Ulm in 2015.

He played his first two years of college basketball at Penn State University before transferring to Iowa State. He was an All-Defensive Big 12 selection as a senior.

Although unable to establish himself in the NBA, he twice made the D-League All-Defensive Third Team and made one D-League All-Star team. He played with the Maine Red Claws.

He was born to Mike and Nikki Babb and has a brother named Nick; his father and brother both played college basketball. His family opened a barbecue restaurant in the Dallas area.

He was included in a 2015 trade that sent Gerald Wallace to Golden State in exchange for David Lee. Babb was later released by the Warriors.

Chris Babb Is A Member Of