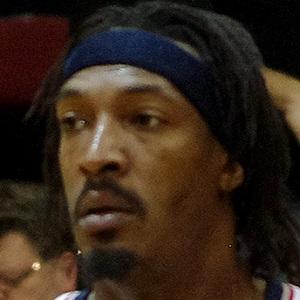 Versatile NBA forward who began his career with the Sacramento Kings in 2001 and made his first career All-Star team in 2010 as a member of the Charlotte Bobcats. He became the Bobcats' all-time leading scorer after playing for the team from 2004 to 2011.

He was named Naismith Prep Player of the Year after starring at Childersburg High School in Alabama, then went on to play one year of collegiate basketball at the University of Alabama.

He led the NBA in steals in 2006 and was an NBA All-Defensive First Team selection in 2010.

He had four children with his wife Warneisha Wallace.

He played alongside star power forward LaMarcus Aldridge for a season on the Portland Trail Blazers.

Gerald Wallace Is A Member Of