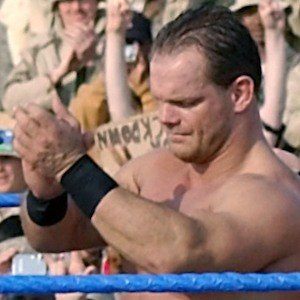 He went to learn from his idol and fellow Canadian, Brett Hart, at the Hart family Dungeon.

With his first wife Martina, he had two children, David and Megan. He married his second wife, Nancy Benoit, in 2007 and they went on to have a son named Daniel together. In a steroid-induced mania in 2007, he tragically killed his wife at the time, Nancy, and son, Daniel, before killing himself.

He wrestled MMA fighter Brock Lesnar into submission in 2004.

Chris Benoit Is A Member Of