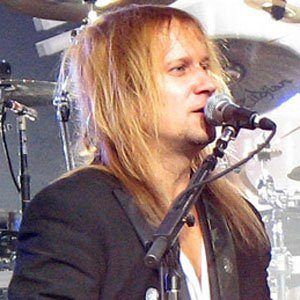 Heavy metal guitarist who has worked with the Trans-Siberian Orchestra and Savatage. He has also pursued a solo career.

He began playing guitar at age eleven, frequently covering songs by The Beatles among other pop groups.

He dropped out of high school at age sixteen.

He formed a band with his brother called Anti when Caffery was a teenager.

He had the opportunity to tour with Ronnie James Dio before the legend's untimely death.

Chris Caffery Is A Member Of