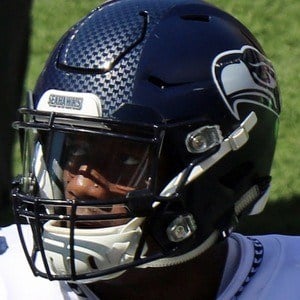 Football player from Biloxi, Mississippi, who has played for The Seattle Seahawks, where he joined the team in 2017 as a 7th round NFL draft pick.

He had his first receiving touchdown in week 3 against the Tennessee Titans.

He posted a photo of his father to his Instagram in 2017 to wish him a happy father's day.

He is a Runningback, like Mike Davis. Russell Wilson is a well-known player on the Seattle Seahawks.

Chris Carson Is A Member Of