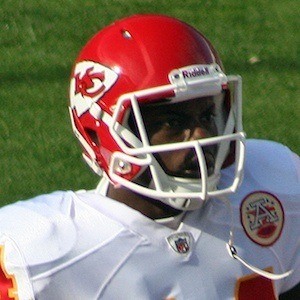 Professional football player known for his time on the Miami Dolphins and the San Diego Chargers. He is also a star on the VH1 reality TV series Baller Wives.

He attended Bedford High School in Bedford, Ohio where he won All-America accolades and was a two-time all-state selection. He then attended the University of Wisconsin-Madison where upon his graduation, he was drafted by the Miami Dolphins in 2001.

As a cast member on the show Baller Wives, he stars alongside Michael Vick, Brent Grimes, and Asante Samuel.

Chris Chambers Is A Member Of