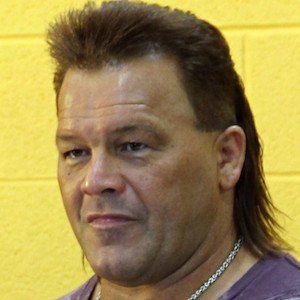 He competed as an amateur bodybuilder growing up and worked at Bally's in the late 1980s. He started wrestling in 1989.

He received a contract offer from the Miami Dolphins during the players' strike in 1987, but turned it down.

He's a member of the Lumbee tribe and has four children.

He competed against the likes of Bret Hart during his WWF career.

Chris Chavis Is A Member Of