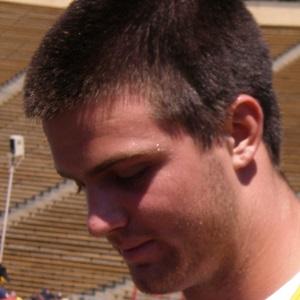 NFL free safety who was named to the PFW All-Rookie Team during his first season with the Bears. He was drafted 93rd overall by Chicago in 2011.

He was an All-Far West conference selection playing safety and wide receiver his senior season at Loyola High School.

He and his brother Kevin were born to Mark and Anne Conte.

He blew an important coverage against Randall Cobb on December 29, 2013, which led to a game-winning score for the Packers in the last game of the regular season.

Chris Conte Is A Member Of