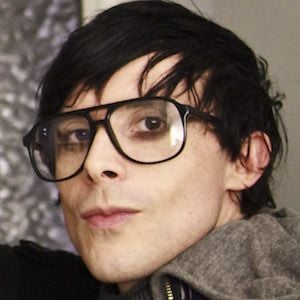 Music producer first known as one of the founding members of the English hip hop group Sneaker Pimps. He has since endeavored on his successful solo project IAMX.

He and former bandmate Liam Howe met as teenagers in the 1980s. They first formed a band called F.R.I.S.K. It was later, after bandmates Kelli Ali, Joe Wilson, and David Westlake joined, that the name Sneaker Pimps was born.

Much of his music has been featured on television shows like How to Get Away with Murder, CSI, and Roswell. He also composed the soundtrack to the 2005 film Les Chevaliers du Ciel.

Though originally from Middlesborough, he was living in Hartlepool during the formation of Sneaker Pimps. He later moved to Los Angeles, California.

He worked alongside renowned solo artist Kelli Ali while she was the vocalist of Sneaker Pimps.

Chris Corner Is A Member Of