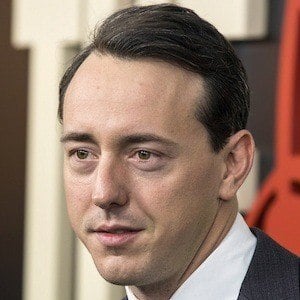 Actor who is most widely known for his television roles, including Barry on True Blood, L.P. Everett on Treme and Calvin Bunker on Banshee. On the big screen, he can be seen in horror films like 2014's Deliver Us From Evil and 2015's The Culling.

He was born in Louisville, Kentucky and made his feature film debut in the drama The Camel's Back in 2009.

He played a cannibal on four episodes of The Walking Dead.

He married a woman named Alice in 2011 and has daughters named Veronica and Dylan.