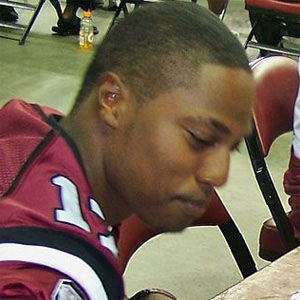 NFL cornerback who was drafted 80th overall by the 49ers in 2011. He had 3 interceptions in two seasons before suffering a season-ending ACL injury early in 2013.

His contributions as a defender and kick returner for South Carolina led to a Second-team All-SEC selection in 2009.

He earned some negative media attentions for comments made prior to the 2013 Super Bowl.

He has two younger brothers and a younger sister. He was 8 years old when he lost his step father.

He had a game-changing interception against Matt Ryan during the 2013 NFC Championship game.

Chris Culliver Is A Member Of