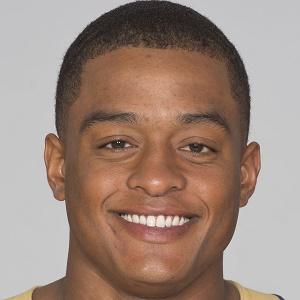 Wide receiver and kick returner who totaled nearly 700 yards and three touchdowns in his first season as a Ram. He was drafted in the 4th round by St. Louis in 2012.

He was one of Wake Forest's leading receivers while also running the 100 meter dash on the school's track team.

He caught his first NFL touchdown with a 52-yard score against the Cardinals in Week 5 of the 2012 season.

He was raised with a younger brother named Nick.

He made his first professional catch over Seahawks cornerback Richard Sherman .

Chris Givens Is A Member Of