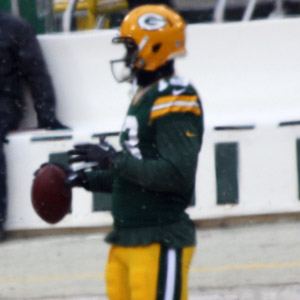 NFL wide receiver played a special teams role for the Green Bay Packers his rookie 2013 season. He was drafted 123rd overall by the Seahawks, but did not make the team's final roster.

He was ranked one of the top-10 players in the country after scoring 18 touchdowns as the quarterback of Northwest High School.

He earned Second-Team All-Big 12 honors at Kansas State University where he played three seasons after transferring from the University of Oregon.

He learned the game from his father Mark Harper.

He was teammates with quarterback Collin Klein in college.

Chris Haper Is A Member Of