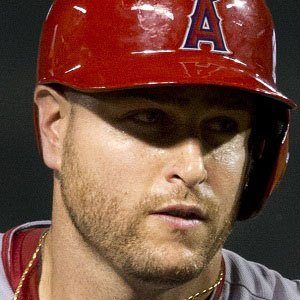 Catcher who spent six seasons with the Colorado Rockies before being traded to the Los Angeles Angels of Anaheim in 2012. He was the starting pitcher for the United States at the 2009 World Baseball Classic.

He attended the Roman Catholic high school St. Raphael Academy in Pawtucket, Rhode Island. He later played catcher and first base at the University of North Carolina, where he was a finalist for the Johnny Bench Award.

During his 2003 campaign with the Newport Gulls of the New England Collegiate Baseball League, he batted .302 an was named the league's Defensive Player of the Year.

He married a woman named Lisa in 2009. He has a daughter named Ashlyn.

He has caught pitches from Jered Weaver as a member of the Angels.

Chris Iannetta Is A Member Of