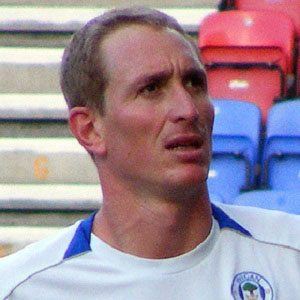 English goalkeeper who played for Liverpool and Wigan Athletic before joining Sheffield Wednesday in 2012.

He signed his first professional contract at the age of 17 with Coventry.

He made one appearance on England's national team in 2006.

He fathered a daughter named Lucy with his wife Leeona.

He was teammates with Steven Gerrard on Liverpool from 2001 to 2006.

Chris Kirkland Is A Member Of