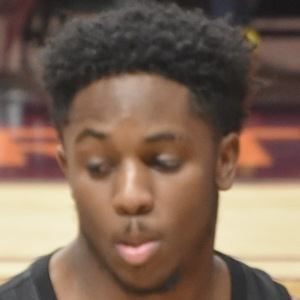 Point guard who joined the University of Miami Hurricanes in 2017 after graduating from Gonzaga College High School as the all-time leading scorer in school history. During his time at Gonzaga, he led the Eagles to a WCAC title and earned D.C. Gatorade Player of the Year honors.

He began playing basketball at the Bowie Boys and Girls Club at age 7. He was raised in Mitchellville, Maryland.

He has volunteered as a tutor with the National Foundation for Cancer Research.

His mother's name is Vanessa.

He has been coached by Jim Larranaga at the University of Miami.

Chris Lykes Is A Member Of