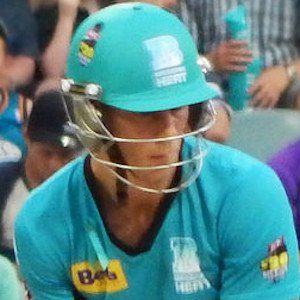 Australian cricket batman known for his time with the Queensland Bulls and Kolkata Knight Riders. In January of 2014, he made his first international appearance for Australia.

He went to St. Joseph's Nudgee College and Queensland Academy of Sport, representing Queensland before becoming a first-class cricketer.

In 2015, he recorded an unbeaten 250 while playing against the Victoria Bushrangers.

He grew up in Brisbane, Australia.

He and Lendl Simmons have been teammates on the Brisbane Heat.

Chris Lynn Is A Member Of