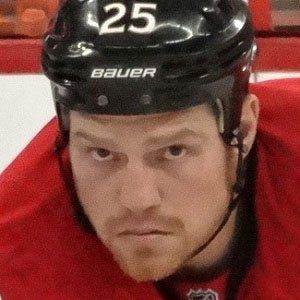 Right winger beat known for his many seasons as a member of the Ottawa Senators. He was named an alternate captain of the team in September 2013.

He played minor hockey for the Grey-Bruce Highlanders of the South-Central Triple A Hockey League.

He was named an honorary chair of Rogers House, the Ottawa-based charity organization which provides homes for ill children.

His first daughter Hailey was born in June 2007.

He has played alongside fellow right winger Mark Stone in Ottawa.

Chris Neil Is A Member Of