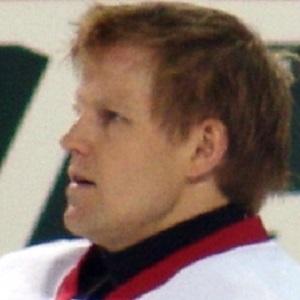 NHL goaltender who helped lead the Detroit Red Wings to a nine-game playoff winning streak on the way to a 2008 Stanley Cup Championship.

He was drafted in the third round by the Red Wings and spent time learning behind the team's primary goaltender Mike Vernon.

At the time of his retirement, he was among the 10 winningest NHL goaltenders of all time.

He fathered three children with his wife, who ran a yoga studio in Plymouth, Michigan.

After he retired, the Red Wings brought in Jimmy Howard to fill in as net-minder.

Chris Osgood Is A Member Of