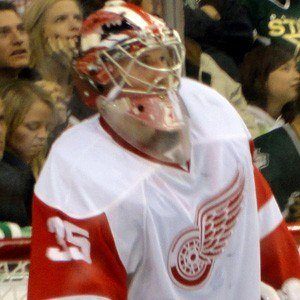 NHL goaltender who placed second in Rookie of the Year voting as a member of the Detroit Red Wings in 2010. He was named to his first NHL All-Star team during the 2012 season.

He was a member of Team USA at the 2014 Winter Olympics in Sochi, Russia.

He has a son named James with his wife Rachel Howard.

He became teammates with left winger Henrik Zetterberg during the 2009-2010 NHL season.

Jimmy Howard Is A Member Of