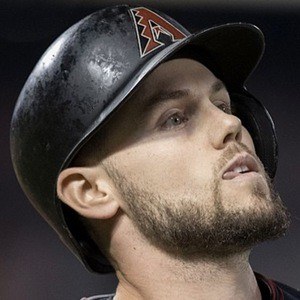 MLB shortstop best known as a member of the Arizona Diamondbacks. He was named NL Rookie of the Month in April 2014.

He attended Gilbert High School and was drafted by the Diamondbacks in the first round of the 2009 MLB Draft.

He was named Most Valuable Player of the Pacific Coast League while playing for the AAA team the Reno Aces.

His brother, Kyle, played baseball at the College of Charleston while his other brother, Connor, played for Coastal Carolina.

He has been teammates with star pitcher Bronson Arroyo on the Arizona Diamondbacks.

Chris Owings Is A Member Of