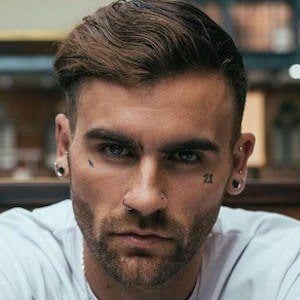 Represented by NEXT models, Chic models and Boom Agency, he is a heavily-tattooed fashion model who graced the cover of Elegant Ink Magazine. As a model, he became known for his trademark beard. He has more than 260,000 Instagram followers.

He was working at a bar in London when another model suggested he give modeling a shot.

His father's name is Peter. He is from Sydney, Australia and was in Croatia before moving to London, England.

He has mingled with celebrities and models, including Russell Brand.

Chris Perceval Is A Member Of