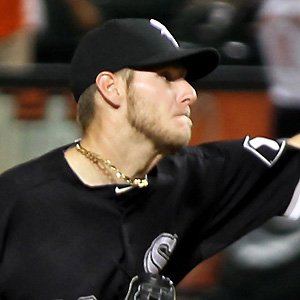 MLB pitcher nicknamed The Condor who began his career with the Chicago White Sox in 2010 and was selected to his first All-Star game in 2012. After the 2016 season, he was traded to the Boston Red Sox. He helped the Red Sox win the 2018 World Series.

He earned a scholarship to Florida Gulf Coast University after a standout career at Lakeland Senior High School.

He was named NCAA Pitcher of the Year after a 11-0 season with Florida Gulf Coast University in 2010.

He became teammates with fellow ace David Price after being traded to the Red Sox.

Chris Sale Is A Member Of