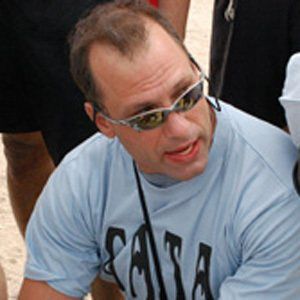 Former professional linebacker who can be seen on NFL on FOX as an analyst. He was a four-time Pro Bowl selection during his NFL career, which was primarily spent with the Detroit Lions.

He was a two-time All-American during his college career at Ohio State in 1986 and 1987.

In 2005 he had a short stint as a coach for the Columbus Destroyers.

He married his wife Stefanie in 1989 and they welcomed four children before she lost her battle to cancer in 2009. He later married Carrie Yocom.

During Lawrence Taylor's time as a wrestler in the WWF, he called upon Spielman and other football players to aid him during Wrestlemania XI.

Chris Spielman Is A Member Of