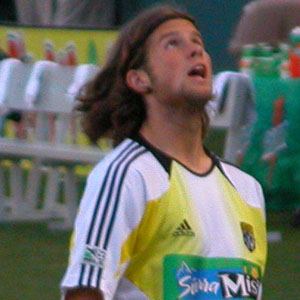 American defender who began his MLS career with the Columbus Crew in 2004. He spent a season with the Colorado Rapids, then joined Real Salt Lake in 2007.

His father Norm Wingert played for the NASL's Philadelphia Atoms.

Chris Wingert Is A Member Of