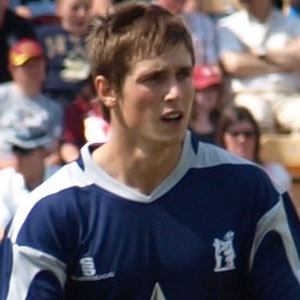 English all-rounder who has earned more than 200 first-class wickets with Warwickshire. Internationally, he has represented England at tournaments like the 2014 ICC World Twenty20 and 2015 Cricket World Cup.

He began playing cricket at age 7 and attended Barr Beacon Language College from 2000 to 2007.

His parents' names are Roger and Elaine.

He was teammates with Stuart Broad on the English squad at the 2014 ICC World Twenty20.

Chris Woakes Is A Member Of