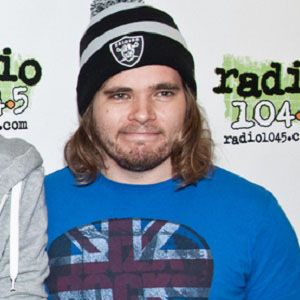 Famous as the drummer of the British rock band Bastille, Chris "Woody" Wood contributed to the group's acclaimed 2013 album Bad Blood. This Double Platinum recording charted at number one in the United Kingdom and at number eleven in the United States.

A founding member of Bastille, he began his association with the group in 2010 and released his debut single with the band, "Overjoyed," two years later.

In addition to recording their own songs, Wood and his bandmates released covers of tracks by TLC, David Guetta, and Fleetwood Mac.

A native of Plymouth, Devon, England, he later lived and worked in London. He got married to his girlfriend Christina in September 2014.

Chris Wood Is A Member Of