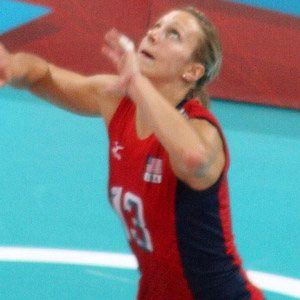 Star volleyball player for Pennsylvania State University as well as the U.S. National team. In college, she was named Big Ten Player of the Year in 2007 with a nation-leading hitting percentage of .486.

She was the Pennsylvania State Gatorade Player of the Year as a senior at Hopewell High School.

ESPN Magazine named her as the Academic All-American of the Year in 2008.

She has brothers named Noland and Nathan.

She and Misty May-Treanor both represented the United States in volleyball at the 2012 Summer Olympics.

Christa Harmotto Is A Member Of