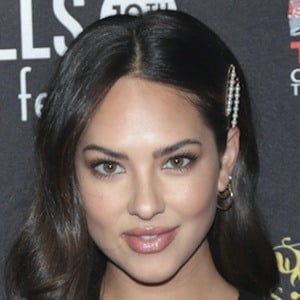 Model signed to LA Models and featuring in publications like Bliss Magazine, she is incredibly popular on social media, earning more than 400,000 followers on Instagram.

She began her career in 2004 starring in a short film titled Seven's Eleven.

In 2006, she appeared in an episode of HBO's hit series Entourage.

In September 2015, she celebrated her two year anniversary with boyfriend Andrew Rohrbach; the two have since split up. In February 2019, she began dating NFL quarterback Jared Goff; the two have a dog together.

She appeared alongside Kevin Connolly and Adrian Grenier in her guest appearance on Entourage.

Christen Harper Is A Member Of