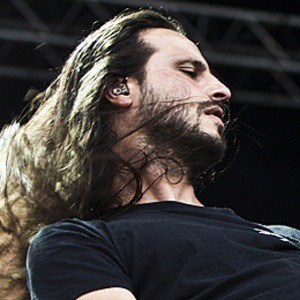 French musician best known as the lead guitarist of the metal band Gojira. He's also been the guitarist of Familha Artus.

He joined Gojira in 1996 when they originally formed under the name Godzilla.

He and Gojira received a Grammy nomination for Best Rock Album for their album Magma.

He and Jean-Michel Labadie were both members of the band Gojira.

Christian Andreu Is A Member Of