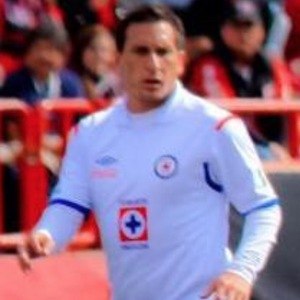 He began his professional career with the Boca Juniors in 1998 after spending nearly a decade in the club's youth system.

He played for Independiente, Veracruz, and Club America before enjoying breakout success with Pachuca in 2006.

He was born and raised in Argentina, but became a naturalised Mexican citizen in July, 2013.

He and fellow midfielder Fernando Gago both came up through the Boca Juniors youth system.

Christian Giménez Is A Member Of