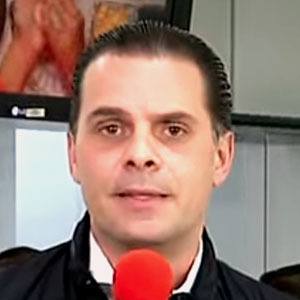 Argentinean sports journalist who has been a main soccer reporter for Television Azteca since 1998. He got his start reporting for the Cancha Caliente radio program.

He graduated from the University of Journalism and Art in Radio and Television in 1997.

In 2012 he received an achievement award from the National Chamber of Radio and Television Industry.

His parents are Lourdes Kuri and Carlos Alberto Martinoli. He married Claire Martinoli in 2009.

During the 2014 World Cup, he was listed as one of the top 10 most popular Latino reporters, alongside Alejandro Fantino.

Christian Martinoli Is A Member Of