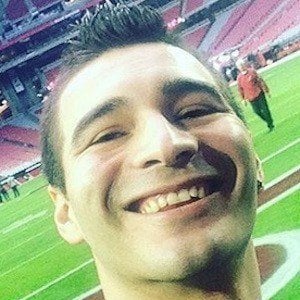 Circus performer and acrobat who rocketed to fame competing on the second season of America's Got Talent. He then made a resurgence for season nine, making it to the finals before he was eliminated. He has also performed with numerous circus acts including Big Top Doo Wop and Festival Première Rampe.

At five years old, he began performing with his father in acrobatics and by ten he'd taken up hand balancing.

He graduated from Illinois State University with a degree in broadcasting, becoming the first member of his family to graduate from college. He was also a member of the college's ISU Circus.

His father Ivan was an acrobat and moved from Belgium to perform with Ringling Bros. and Barnum & Bailey. His mother, Maritza Atayde, was an aerialist with Mexico's largest and oldest family circus Circo Atayde Hermanos.

He has done work for numerous big name brands and celebrities, including performing with Britney Spears on her Circus tour.

Christian Stoinev Is A Member Of