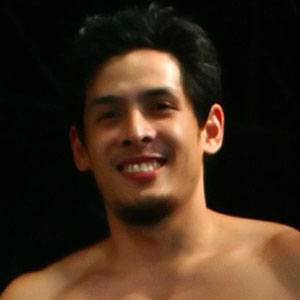 Filipino actor and model most famous as a contestant on the ABS-CBN reality series Pinoy Big Brother. He also appeared in numerous drama series, including Sana Bukas Pa Ang Kahapon and Princess and I.

Early in his career, he appeared in a famous television commercial for the Philippine Long Distance Telephone Company.

His film credits include roles in Minsan Pa and Kristo.

He grew up in Bacolod, Philippines, where he attended the University of St. La Salle.

He and Heart Evangelista were both in the cast of the ABS-CBN series Hiram.

Christian Vasquez Is A Member Of