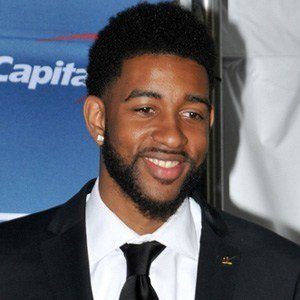 Forward who signed with Hapoel Eilat of the Israeli Super League, after going undrafted in the 2013 NBA draft; starred at Indiana University from 2009 to 2013, leading the Hoosiers to a #1 seed in the NCAA tournament his senior year.

He averaged 25 points and 13 rebounds during his senior season at Shades Valley High School in Birmingham, Alabama.

He made the All-Big Ten Freshman team his freshman year, and was third-team All-Big Ten his senior year.

He was born to Ernest and Belinda Watford. He has siblings, Trendon and Elise.

He attended Indiana in part because he wanted to play for coach Tom Crean.

Christian Watford Is A Member Of